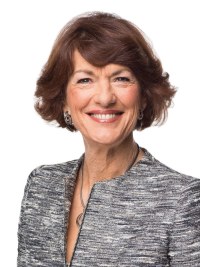 Benedict the 16th was not one of my favourite Catholic churchmen. But like his predecessor John Paul II, I always cut them some slack, given their personal encounters with chaos and depravity within their European cultures.

A young JPII literally carried acutely weak survivors out of the liberated Auschwitz, in his native Poland in 1944. The deeply thoughtful Bavarian Benedict was forced to join the Hitler Youth during the Nazi rise, nearly starved with his family, was then forced to fight with the Wehrmacht, deserted, and finally spent time in a US-run prison camp.

Oh yes, both men absolutely knew, first-hand, about cultural degradation and what that yielded. Overlooking the lessons taught by WW2 and the inter-war period – that human beings can hurtle into forms of hell on earth – must have been hard.

How could they remain unaffected by this pessimism? How could they reliably welcome the hope-filled throw-open-the-windows approach of Vatican Two in the 1960s which, among many other outcomes, effectively said ‘the modern world’s virtue and vice must be equally acknowledged’.

Of course lots of key collaborators among their confreres did develop theology to match that need: Pope John 23rd, Yves Congar, Karl Rahner to name a few. Many of us are living by their approach.

But as I reflect on Benedict’s legacy, and amidst the ongoing Ukrainian war, it showcases a dilemma for us all: how to remember the horrors while not being slave to them forever? And collectively, how to position one of the key code-bearers, the Roman Catholic Church amidst turmoil, so that its central message is refreshed: love your neighbour as yourself?

In the balancing act between encouraging goodness and rejecting sin, what allies do you call on and where lie the traps? Benedict, in my view, for all his depths and acute intelligence, panicked, as the second half of the 20th century unfolded. Maybe he turned his back on hope, especially once he saw the scale of decay in sexual morality inside his own Church, let alone elsewhere?

As a highly regarded Vatican Two peritus (specialist adviser) at the tender age of 35, he did seem to hope that a revitalised Church was both possible, desirable and required for future generations. With his beautiful prose, he wrote guides for a confused modern world, clear overviews of values and aspirations in encyclicals like Caritas in Veritate. He even seduced the increasingly hostile secular forces within the UK in that highly successful trip of 2010.

Yet I remember hearing of his overt dismay, in his famous role as head of the Congregation of the Doctrine of the Faith, at how the new post-war Europe explicitly refused to acknowledge its Christian heritage in drawing up its constitution.

Whether it was rebelling 1968 students storming his Regensburg University lecture halls, or American nuns dramatically re-imagining their values and commitment – remember he ordered a big formal investigation in the 1990s which left scars – he apparently came to distrust a beneficent future and behaved accordingly. Does that amount to an explicit lack of faith, I do wonder?

Remember his famous Regensburg lecture worrying out loud about Islam in 2014, about which he later apologised. Remember how he explicitly encouraged the return of the pre-Vatican 11 Latin Mass and people who felt marginalised. This is not necessarily a calamity but he chose to forget what a predecessor Paul 6th, viscerally knew: emphasising the importance of certain symbols can introduce a wholesale rejection of change. Some Church officials, especially in the US, passionately advocate this approach.

By contrast Pope Francis sees his Church is a “triage field hospital tending the wounded of modern life”. Though he too has seen his share of horrors during the Argentinian crises, the imagery is so different.

Whose language and beliefs will best suit the minority status the Catholic Church will surely hold in Western societies certainly? That is the work-in-progress that Benedict, by his resignation, judged himself unable to perform.

In a note (10 January 2023) to Geraldine, Michael Whelan SM commented:

Thanks Geraldine. Very thoughtful piece – one of your best?

I wonder if a distinction between “optimism” and “hope” helps. I think Benedict carried a deep pessimism throughout his life – remember too he was a student and admirer of St Augustine! But I don’t believe he was without hope.

I love the first words of his Christmas Day encyclical in 2005. Among the opening words of that encyclical – Deus Caritas Est (25 December 2005) – we find a concise and profound description of what it means to be a Christian:

““God is love, and those who abide in love abide in God, and God abides in them.” (1 Jn 4:16). These words from the First Letter of John express with remarkable clarity the heart of the Christian faith: the Christian image of God and the resulting image of humankind and its destiny. In the same verse, Saint John also offers a kind of summary of the Christian life: “We have come to know and to believe in the love God has for us”. We have come to believe in God’s love: in these words the Christian can express the fundamental decision of his or her life. Being Christian is not the result of an ethical choice or a lofty idea, but the encounter with an event, a person, which gives life a new horizon and a decisive direction.”