Plenary Matters covers The Plenary Council first assembly, an important gathering of the Catholic Church in Australia which will influence the future of the institution.   Join esteemed Australian broadcaster and prominent Catholic Geraldine Doogue as she speaks to other Catholics who are interested in shaping a new, modern Church. 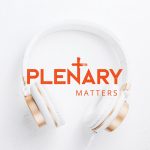 In Series 1 Geraldine interviews the organisers, delegates and advisers each day of the first assembly of the Plenary Council, held in October 2021. Listen here to episodes 1-10.

In Series 3, The Young and the Restless, Geraldine interviews young people about their experiences of faith and belief.

Listen to Episode 1 – Grace Brennan, founder of Buy from the Bush

Series 4 daily episodes will be updated each day of the 2nd assembly of the Plenary Council. Access the current episode here.